Everybody is suing everybody: A guide to whom is threatening whom with legal action in Toronto’s political scene

Toronto Mayor Rob Ford walks in late as the other GTA mayors and municipal affairs ministers address the media about the recent ice storm in Mississauga, Ont., last January. Ford was the target of a lawsuit from the Toronto Star. Meanwhile, Susan Fennell, in the crowd to the right, is currently suing Star for its reporting on her expenses.

Toronto’s influence class seems to be spending an inordinate amount of time suing each other lately. The city’s political scene has always been peppered by plenty of snipes, attacks and saucy language. But while politicians used to fend off verbal attacks with an indignant rebuttal or two, the last 12 months have seen an unusual amount of attempts to stifle such statements with the threat of a lawsuit. The National Post’s Tristin Hopper provides this look at the Toronto Litigation Renaissance thus far.

Brampton mayor Susan Fennell vs. the Toronto Star
In August, the Toronto Star reported on an audit showing that Brampton mayor Susan Fennell had repeatedly breached municipal spending rules with unauthorized purchases of first class airfare, cell phone IQ tests and jewelry, among others. The audit was sufficient to draw the attention of the OPP, but last week, Mayor Fennell nevertheless filed a libel notice against the newspaper and four of its reporters, claiming that they revealed details of her spending with “total disregard for the truth.” For good measure, Mayor Fennell also vowed similar suits against auditor Deloitte Canada, Brampton’s integrity commissioner and a few Brampton councilors. So far, the Toronto Star has resisted Ms. Fennell’s demand that they publish an apology. 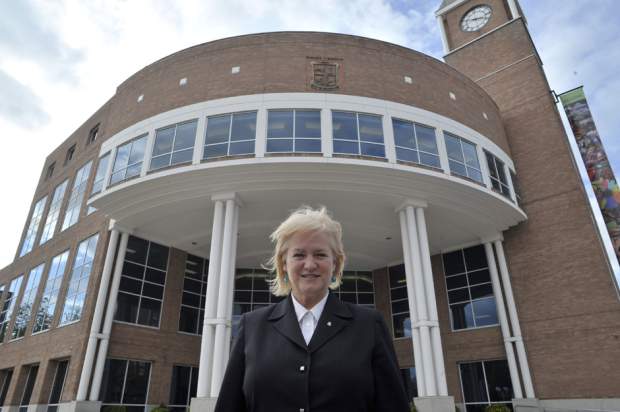 Toronto Star’s Daniel Dale vs. Toronto mayor Rob Ford
On May 2, 2012, an angry Toronto Mayor Rob Ford confronted Daniel Dale near the backyard of his Etobicoke home, causing the journalist to drop his equipment and flee in terror. In a later interview with Conrad Black, the mayor would claim we was merely protecting his home from a suspected pedophile. Mr. Dale, fearing that he had inalterably been branded a pervert, demanded not one—but two—apologies from Mr. Ford under threat of a defamation lawsuit. “There was no basis for me to say that Mr. Dale was ever in my backyard or on my property and I should not have said that,” said Mayor Ford in the exhaustive two-page apology that Mr. Dale finally accepted.

Ontario premier Kathleen Wynne vs. Opposition leader Tim Hudak
Ontario MPPs can’t sue each other over statements made within the Legislative Assembly. Unfortunately for Progressive Conservative leader Tim Hudak, he wasn’t within the Legislative Assembly when he alleged that Premier Wynne had “possibly ordered the criminal destruction of documents” related to the 2012 gas plants scandal. On the eve of the general election, the Premier threatened to sue her political rival for $2 million, unless he publicly admitted that the statement was “false and utterly unsupported.” Instead, the opposition accused the premier of employing “libel chill,” and filed a defense last May.

Toronto Police Chief Bill Blair vs. Toronto City Councilor Doug Ford
Doug Ford has made no secret of his theory that the Toronto Police’s investigation of his brother was the result of a personal vendetta by the city’s top cop. “Doug Ford is lying and I am prepared to take legal action,” Chief Blair was reported as saying last month. As with the Ford-Dale suit, Chief Blair rejected Coun. Ford’s first apology, “if he feels I impugned his reputation, I apologize.” It took a written apology—and a $1000 donation to a homeless youth shelter where Chief Blair is a board member—before the chief agreed to drop the suit.

197 Spadina Avenue, Suite 402 Toronto,
Ontario, Canada
M5T 2C8
Phone: (416) 363 1112
Fax: (416) 363 5557
Email: [email protected]
Site Map
Do not forward any documents to us by email until we ask for them. We will not review any documents sent, nor can we provide any legal advice to you until we have accepted you as a client. You will not be considered a client of the firm until we have agreed, in writing, to act for you in accordance with our usual policies for accepting clients. The content of this website is provided for informational purposes only and should not be construed as legal advice.